← But the beard is where I keep my deleted scenes
Well played, Apple, well played →

The Dead Hamlets has a cover 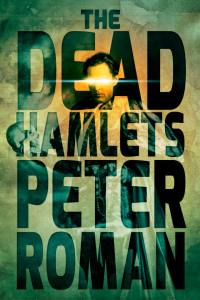 I finally handed in the edits for my new book, The Dead Hamlets, and ChiZine rewarded me with a shiny new cover!

The Dead Hamlets is the second book in the Cross series, following The Mona Lisa Sacrifice. For those of you unfamiliar with my genre work, the Cross books follow the misadventures of Cross, the soul who woke up in Christ’s body after the resurrection. He’s got all of Christ’s powers but none of his sensibilities. He’s also got some strange friends and even stranger enemies.

The Mona Lisa Sacrifice was about a war between the angels, among other things. The Dead Hamlets is a ghost story, where Cross must race against time to solve a very peculiar haunting. The fate of his daughter depends on him, but it also turns out his very soul may be at stake. All your favourite characters are back – plus a couple of new ones! And one very strange library.

And yes, there is a third Cross book coming. More about that later.

The first book in the Cross series, featuring the enigmatic character of Cross, the man who woke up in Christ’s body after Christ left the earth to wherever it was he went. Written under the alias Peter Roman. Because, you know, Christ, Romans….

Posted on July 24, 2014, in Peter Roman, Writing. Bookmark the permalink. Leave a comment.

← But the beard is where I keep my deleted scenes
Well played, Apple, well played →