← This post has no cover
It’s pronounced ia ia ftagn! →

What would you give up for magic? 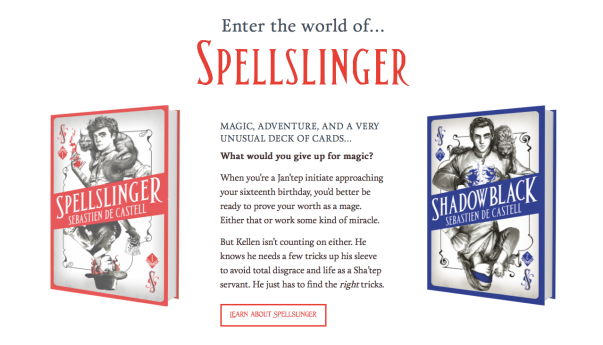 Followers of this blog likely know by now that I’m a fan of Sebastien de Castell’s Greatcoats series, about a ragtag band of wandering magistrates trying to save a fallen land. And I’m not just a fan because of that one time de Castell bought me beach French fries! These are damned fine books – solid fantasy novels written by a literary master who’s concerned about real-life issues of honour, ethics and what makes a person good rather than just law-abiding.

Now de Castell has a new series out – the Spellslinger books. They follow the misadventures of Kellen, a young man in a society where almost everyone is a mage – except Kellen. Sounds like high school, doesn’t it? It has certainly has that YA vibe about it, but like the Greatcoats series there’s plenty of politics, interrogations of history, ethics, philosophy and Issues with a capital I here. De Castell is that rare kind of writer who tells a good tale while also exploring the things that matter in real life to all of us. I don’t want to talk about the first book in the series too much because the plot is all about the twists and surprises. I’ll just say if you like your fantasy worlds complex and your characters flawed and fallen, then you’ll want to read Spellslinger. Plus, there’s a talking, homicidal squirrel cat! (I’m personally convinced it’s a stand-in for de Castell himself, but that’s a subject for another blog post….)

← This post has no cover
It’s pronounced ia ia ftagn! →